In November last year, I started developing an infrastructure that would allow Wingify to collect, store, search and retrieve high volume data. The idea was to collect all the URLs on which Wingify’s homegrown CDN would serve JS content. Based on Wingify’s current traffic, we were looking to collect some 10k URLs per second across four major geographic regions where Wingify runs their servers.

In the beginning I tried MySQL, Redis, Riak, CouchDB, MongoDB, ElasticSearch but nothing worked out for me with that kind of high speed writes. I also wanted the system to respond very quickly, under 40ms between internal servers on private network. This post talks about how I was able to make such a system using C++11, RocksDB and Thrift.

First, let me start by sharing the use cases of such a system in VWO; the following screenshot shows a feature where users can enter a URL to check if VWO Smart Code was installed on it. 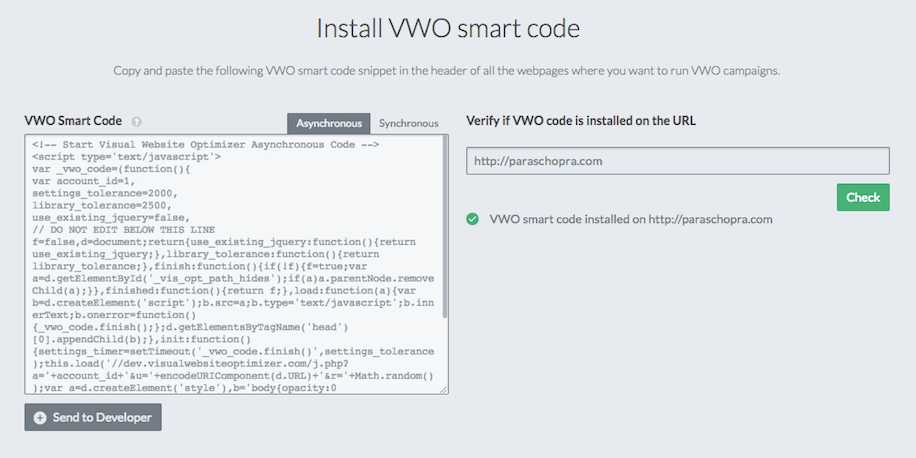 The following screenshot shows another feature where users can see a list of URLs matching a complex wildcard pattern, regex pattern, string rule etc. while creating a campaign. 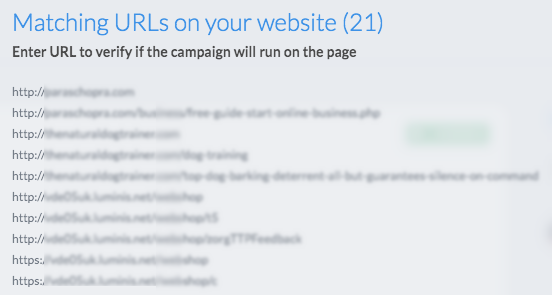 I reviewed several opensource databases but none of them would fit Wingify’s requirements except Cassandra. In clustered deployment, reads from Cassandra were too slow and slower when data size would grew. After understanding how Cassandra worked under the hood such as its log structured storage like LevelDB I started playing with opensource embeddable databases that would use similar approach such as LevelDB and Kyoto Cabinet. At the time, I found an embedabble persistent key-value store library built on LevelDB called RocksDB. It was opensourced by Facebook and had a fairly active developer community so I started playing with it. I read the project wiki, wrote some working code and joined their Facebook group to ask questions around prefix lookup. The community was helpful, especially Igor and Siying who gave me enough hints around prefix lookup, using custom extractors and bloom filters which helped me write something that actually worked in the production environment for the first time. Explaining the technology and jargons is out of scope of this post but I would like to encourage the readers to read about LevelDB and to read the RocksDB wiki.

For capturing the URLs with peak velocity up to 10k serves/s, I reused Wingify’s distributed queue based infrastructure. For storage, search and retrieval of URLs I wrote a custom datastore service using C++, RocksDB and Thrift called HarvestDB. Thrift provided the RPC mechanism for implementing this system as a distributed service accessible by various backend sub-systems. The backend sub-systems use client libraries generated by Thrift compiler for communicating with the HarvestDB server.

Clients use ping to check HarvestDB server connectivity before executing other procedures. RabbitMQ consumers consume collected URLs and put them to HarvestDB. The PHP based application backend uses custom Thrift based client library to get (read) and to search URLs. A Python program runs as a periodic cron job and uses purge procedure to purge old entries based on timestamp which makes sure it won’t exhaust the storage resources. The system is in production for more than five months now and is capable of handling (benchmarked) workload of up to 24k writes/second while consuming less than 500MB RAM. The future work will be on replication, sharding and fault tolerance of this service. The following diagram illustrates this architecture.